The first reviews are in for BLACK WIDOW and it "...sounds like another home run for Marvel Studios"!

BLACK WIDOW is released in the  UK on 9th July!

A NEW SHOWREEL FOR THE NEW YEAR!

Check out the Showreel section of the website to see Fran's newly completed Showreel for 2021.

Fran and the team behind The Snow Queen at The New Wolsey Theatre are delighted to see the fantastic reviews for their new 2020 pantomime, including a nod from the reviewers of the New York Times who said "We both adored The Snow Queen". Catch it on demand before 2nd January!

Fran is delighted to be choreographing The Snow Queen at The New Wolsey Theatre for Christmas 2020. This exciting new Rock 'n' Roll Panto will be offered both as a live production and online with a live-stream. Don't miss it!

The first trailers for "Black Widow" are out, with the film due to be released 1st May. This is Fran's second association with the Marvel Cinematic Universe, having previous choreographed on "Age of Ultron".

Fran will be presenting her "Choreography in Film & Television" masterclass workshop at the Asia Film Lab in Seoul, Korea next month.  For more information, visit the website at:

The new trailer for the BBC drama "Giri/Haji" has just been released.  Fran worked on this highly anticipated series from the producers of "Chernobyl" last year.  Coming soon...!

Fran has been interviewed for a new episode of "The Movement Podcast" :

Check it out to hear Fran discuss the development of her career and the path from emerging choreographer to her work with Mike Leigh, Steven Spielberg and many others.

The new STARZ series "The Spanish Princess" has premiered in the UK via Amazon Prime.  Directed by Birgitte Staermose (with whom Fran worked on the Danish ballet film "Darling"), the series has just been commissioned for eight additional episodes!

The world premiere of Dumbo has taken place in Los Angeles ahead of the red carpet screening in London on 14th March.  Fran will be in attendance, along with the film's directing team and stars.

Behind the scenes clips have also been released, with Eva Green telling viewers "...I felt like I was dreaming sometimes...".

The first trailer for "The Spanish Princess", the next chapter in the TV series which began with "The White Queen" and "The White Princess", has recently been released.  This new series is directed by Danish director Birgitte Staermose, with whom Fran first worked on the ballet drama "Darling".

The new trailer for Tim Burton's "Dumbo" has just been released, along with a new poster.  The film will hit the big screen at the end of March 2019, and stars Colin Farrell, Michael Keaton, Danny DeVito, and Eva Green.

It has been announced that the New Wolsey Theatre production of the hit musical "Once" has been nominated for six Off West End Awards (Offies) including Best Musical Production.  Fran is the choreographer on this beautiful musical and is delighted that the show has been received with such acclaim!

Ted Baker has launched it's latest campaign #BrighterFuchsias .  Fran recently completed the new commercial which takes inspiration from the classic movie musical "Funny Face" and the song "Think Pink".  Check out the Commercials Page for more...

"Darling" has officially opened in Denmark to critical acclaim following it's world premiere at the BFI 2017 London Film Festival.  Set in the world of the Danish Royal Ballet, Fran worked on the film in both Copenhagen and Gothenburg last year.

The first trailer for the Danish film "Darling" has just been released.  Fran worked on the film in 2016, which centres around the tragic story of an internationally celebrated prima ballerina.  It stars Danica Curcic and Gustaf Skarsgard, as well as the acting debut of Astrid Grarup Elbo, a member of the Danish Royal Ballet.

Fran recently worked with Andy Serkis on his new feature "Breathe", which has been announced as the film to open the 2017 London Film Festival.  Fran and Andy first worked together on the award winning Mike Leigh film "Topsy-Turvy".

Fran has completed work on the new drama series WILL from US network TNT.  The series will air on 10th July in the USA, and updates can be found on social media accounts by following @WillonTNT.

As 2017 begins, Fran continues her work filming the new series "WILL" for the TNT network.  The series is set to air later this year, and was recently promoted in Los Angeles at the Television Critics Association 2017 Winter Press Tour.

Fran recently completed work on Paramount's "Allied" with Brad Pitt and Marion Cotillard, due to be released in UK cinemas 25th November.

"Miss Peregrine's Home for Peculiar Children" is in cinemas now, and was the #1 film in the USA on the opening weekend!

Fran was recently featured in the new BBC2 documentary "Pinewood: 80 Years of Movie Magic" with Jonathan Ross.  She discussed the history of choreography at Pinewood with Jonathan, and also recreated a sequence from "Muppets Most Wanted" which is one of the many films she's choreographed at Pinewood Studios.

Fran has finished working on "Alice Through the Looking Glass", the much awaited sequel to "Alice in Wonderland" from Walt Disney Pictures.  She choreographed the first film in 2010 for Director Tim Burton, and this production sees her returning to a partnership with "Muppets Most Wanted" Director James Bobin.


In 2014 Fran worked with Dustin Hoffman and Dame Judi Dench on a new film for BBC1 titled "Roald Dahl's Esio Trot" which aired on New Year's Day.  Directed by Emmy Award winning Dearbhla Walsh, the film received great reviews, with the Guardian's Lucy Mangan telling readers: "Just watch it. Once a week, I’d recommend, for the rest of your life."

Fran was pleased to lead the team which created the movement for the Oscar-winning film "Gravity" with Sandra Bullock and George Clooney.

Fran's work as Choreographer on the Walt Disney Pictures film "Muppets Most Wanted" with Tina Fey, Ty Burrell, Ricky Gervais, Ray Liotta, Danny Trejo and Christoph Waltz is now available on Blu-ray and DVD.  Click here to see what Ray and Danny had to say about their dancing in the film!

For more than 25 years, Francesca Jaynes has been a professional choreographer and movement director in feature films, television, and theatre.  Working with directors such as Tim Burton, Mike Leigh, Robert Zemeckis, and Steven Spielberg, her work has been enjoyed by a broad audience all around the world.

We invite you to explore FrancescaJaynes.com to discover more about her work and future projects. 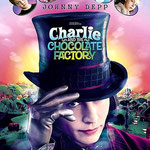 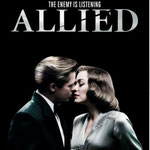 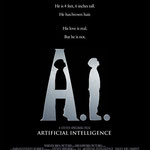 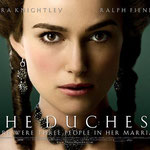 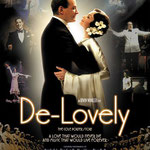 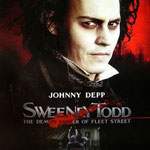